You know, when it comes to these posts, I never know whether to post them just as an interesting question comes up, on the day itself, or to do “throwbacks” for more thought-provoking questions which I don’t have time to do an online reflection for.

I’ve decided to be more flexible. The reason I am sharing these reflections is actually in hopes that when you guys see the questions, it makes you think of your own answer – sometimes that kind of reflection brings about wonderful epiphanies. So without further ado, here is today’s question, which is actually a July 6 entry:

At first, ironically I had a hard time answering this one – the cliches just weren’t coming into my mind. I actually came up with the answer only because I saw it somewhere: Live in the moment.

That is my favourite cliche for now, at this point in my life.

I think we all worry way, too, much. I know, I know – it is so much easier said than done but I think we can all try. And a little improvement in letting go of anxiety about the future, brings us that tiny step closer to living happier.

I think being a little spiritual makes living in the moment a little easier – you have faith that someone or something is looking out for you. You know that everything is going to be okay; you know if you don’t get something that you want right now, something better is going to come your way. And with this, you won’t worry so much about the future because you just know that it’s all going to work out in the end.

But besides not worrying, living in the moment heightens your experiences. When you throw yourself fully into something that you’re doing right now, you get to savour the moment for everything – every emotion, every of your five senses that it’s engaging. The monkey-mind isn’t thinking about what’s going to happen later, whether anyone has left you a Whatsapp message, what you’re going to eat for dinner later.

I’m sure everyone has gone through something like this before, when you were so engrossed in something you didn’t feel the need to check your phone for messages, to eat, to talk to anyone – wasn’t it wonderful for the mind to be 100% absorbed?

Lastly, my one wish is for people to not chastise themselves for a “bad” decision saying, “If I had known I would…” – well that’s the thing, isn’t it? You didn’t know and would have no way of finding out. Nobody knows what’s going to happen in the future; you make the best decision you can based on all the knowledge you have right now. Acknowledge that if it turns out to be a “wrong move”, it is simply a lesson for you to learn. Don’t see it as failure or a mistake and beat yourself up for it – see it as something to learn from. I know it can be hard distinguishing between the two, I really do (been there, done that). The line is fine, but it’s there. And staying on the positive side makes decision-making a less worrying affair ;). I’m nowhere close to being able to automatically do this but at least I am aware and am trying, and that’s good enough for a start :).

So, tell me, what is your favourite cliche? Bet you’d take a while to think of one. Haha.

Hello again! I’ve just finished all the work I needed to do today (woohoo!), so I’ve decided to squeeze in quick a reflection with today’s ASAD question before heading out. If you are reading this in the office at 445pm on a Friday, I am about 80% sure you haven’t actually done any work in the last hour either.

The immediate answer that came to my mind was: CAMPS.

As some of you might know, I now juggle my time between freelance writing and facilitating camps for school kids. It was something I decided to try out after returning from my soul-searching trip to Nepal.

I don’t know if I’m getting old, but man, am I bushed at the end of the day – I’m practically a zombie. And besides sleeping early that evening, I needed another half a day the next day to really get back to normal. Do you think it’s age, or something else? How is it creeping up so soon? I’m 26, goddamit! Not 62!

I’d love to be able to last through a whole 3D2N camp, but I think I’d be kinder to myself if I stuck with the one-day and 2D1N camps before progressing on. It’s pretty ironic that people used to know me as the kid who wouldn’t stop talking and wouldn’t keep still unless she was sleeping. Haha.

So tell me, what do YOU wish you had more energy for?

I bought this super cute reflection journal from awesome stationery store Kikki.K for use from the start of this year. It basically gives you a sentence to complete, or a question that you have to answer, every day. The journal is supposed to last three years and the aim is to see how you or your circumstances change during the three years. Check it out here.

It has been really interesting filling it out and I thought it could inspire blogging topics as well. I won’t actually be posting a sentence a day – I think that would be too difficult to maintain. Haha. So without further ado, here is the topic for today!

My answer would be… Nag at Fadzly.

Hahaha. Okay, before you think it’s some petty thing that women do. I’d like to explain more and I really hope you’ll read the entire entry.

Okay so I love her with all my heart, but my mother is a bit of a control freak. She’s the kind that waits by kitty’s litter bin to pick up the poop and pee immediately after he’s done, and give his bum a little wipe – WITHOUT FAIL (much to kitty’s annoyance). She’s the kind that mops and sweeps the house every single day after work because she can’t stand dust on the floor. She’s the kind that shuts all the windows in the house, making it absolutely stifling, because the neighbours are cooking and the smell fills up the house – she even gets mad at them! I mean, really? You may think it’s a clean-freak thing, but really she is trying to control things that shouldn’t need to be controlled. The cat’s poop and pee can sit in the litter for a while, nobody’s going to die.

As a parent, she’s the type that would forbid you from doing anything risky or out of the norm – like me being jobless for a few months now and using my limited savings to travel. Cue “You cannot be sitting at home like this, you should find a job and make lots of money at this age!” lectures. Of course, I understand this mindset developed from her own growing-up experience, but it’s still hard to deal with.

You know the quote, “The ugliness you see in others is a reflection of yourself”? I’d always wished she would loosen up and not control everything so much – she’d be less stressed out. I voiced it out and tried to make her let go. Then it hit me – I was trying to control her too. I was trying to make her see “my way” because I “think” it’s better for her.

Which brings me to my point (thanks for staying with me). Growing up my whole life under this subtle but persistent influence, I emulate this behaviour. I realised I was doing the same to Fadzly.

“Don’t lie down on the floor if you’re sweaty!”
“Flush the toilet only when you’re done!” (Do all guys do the whole “push the flush while peeing and hope to end both simultaneously” thing?)
“Put your shoes on the floor mat! Not the floor!”
“Don’t do this! Don’t do that! Don’t buy this! So expensive!”

Therefore, one thing that I should do less often is nag at him to do things the way I think it should be done. He recently asked me if it was okay to buy a $680 helmet (it was time for a new one). My initial reaction was to flip out at the price ($680?!?!!) and tell him to absolutely not buy it. But then I remembered my realisations, and I gave him my opinion: that it is an incredibly expensive helmet. But I told him that if he thinks he has the cash to spare and it’s worth the price then he should decide himself whether or not he wants to get it – I wouldn’t interfere in his decision and support whatever it is in the end. If it ends up being a mistake, it’s a lesson he’s suppose to learn and I should not be in the way of that. 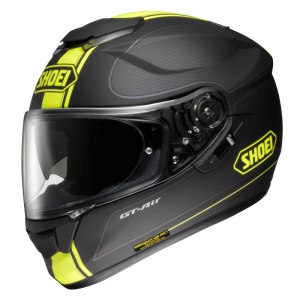 Moving forward I’m trying to learn how to let go, especially of the little things. After all, just as I hate being stifled by my mum’s micro-management, I shouldn’t do the same to others – especially a loved one.

So, tell me! What is the one thing YOU should do less often? I’d love to hear in the comments below :).